Since the early dawn of evolution, people have been choosing tangible objects to exchange for goods and services – commodity money. Then in the course of evolution, they switched to more …

Since the early dawn of evolution, people have been choosing tangible objects to exchange for goods and services – commodity money. Then in the course of evolution, they switched to more convenient forms of money such as coins made of copper, silver, and gold – representative money. As the demand for money grew, humanity needed more convenient and lighter forms of money. Shells and stones were heavy, metal coins were more convenient, but still not enough. That is why people switched to paper banknotes – fiat money.

Now, as the world goes increasingly digital, there is the need for a digital form of money that might be used without the necessity to live digital realm or go outside one's house, and that digital currency could be a stablecoin, privacy coin, cryptocurrency or a central bank digital currency (CBDC).

There are 3 forms of money recognized by governments and economists and these include commodity (CM), representative (RM), and fiat money (FM). Commodity money is the type of money that's in the form of a commodity with intrinsic value. FM is a state-issued currency which isn't backed by a commodity like diamond or gold. This form of currency gives central banks superior powers to control the economy since the CB has the authority to know and regulate how much money is printed – examples of fiat currencies include the U.S. dollar, shillings, pounds, euros, yuan, etc.

RM isn’t money itself, but something that represents money. RM is an item like a token or piece of paper which lacks intrinsic value but can be exchanged on demand for a product which has intrinsic value, like gold, diamond, silver, oil, copper, tobacco, etc. It is legally interchangeable for money.

People treated new forms of money differently. When a new product (let’s say a certain technology like the internet) is launched, people tend to welcome it with one arm, but as the technology grows they keep on appreciating the potential and the benefits of that particular product. So, this is the case with the evolution of money right away from CM to RM to FM and now to a new form of money called cryptocurrency. People don’t always embrace them (change) at once.

The necessity to replace traditional fiat currencies also emerged and this led to the birth of cryptocurrencies. Cryptocurrencies first appeared in January 2009 when Bitcoin (BTC), the globe's first decentralized digital currency, was officially launched by its developer known as Nakamoto Satoshi. And since its inception, the value of BTC has surged because most people have embraced it and are now using it to make cashless payments and also as an alternative means of investment.

All other new cryptoassets are now being created to address the inadequacies of BTC or to attend different markets such as darknet online markets. Cryptocurrencies have been of great help during this period of Covid-19 pandemic. Many governments around the world have advocated for the use of cashless payments including Bitcoin and other cryptocurrencies, and this has played a big role in stopping the spread of Coronavirus through infected banknotes.

Unlike the benefits of fiat currencies, transactions conducted out using cryptocurrency have proven to be more transparent, secure, fast and cheap. They have massive returns, timely, easily exchanged internationally, more confidential and increased liquidity, and don’t need any middle man, they also have an unprecedented potential to help the unbanked population. Generally, digital currencies are slowly but steadily becoming a widespread means of payment. Therefore, there is no need to be afraid of new forms.

Cryptocurrency exchange BitMEX has placed an advertisement on the front page of January 3rd, 2019 edition of The Times, in which it thanks Satoshi Nakamoto, the mysterious creator of Bitcoin. This …

Cryptocurrency exchange BitMEX has placed an advertisement on the front page of January 3rd, 2019 edition of The Times, in which it thanks Satoshi Nakamoto, the mysterious creator of Bitcoin. This happened exactly ten years to the day after Satoshi Nakamoto quoted the front page of the same publication in Bitcoin’s Genesis (#0).Happy 10th Birthday Bitcoin! pic.twitter.com/DpOPjojsOd— BitMEX Research (@BitMEXResearch) January 2, 2019The advertisement features the block hash and message that reads “w#\/ ThanksSatoshi �|###B#b)#�”The message symbolizes 10 years of Bitcoin since the first (genesis) block was mined on January 3, 2009.Today’s Times newspaper (3rd January 2019) celebrates Bitcoin’s 10th BirthdayIncluded on the front page is the hash of the Bitcoin block 554,509. Thanks to @JihanWu and @btccom_official for including the message “ThanksSatoshi” in the Coinbase inputhttps://t.co/HFskR9J6Jv pic.twitter.com/QtSRvI6wNo— BitMEX Research (@BitMEXResearch) January 2, 2019Bitcoin’s white paper was published on October 31, 2008, and it represents a constitution of sorts for Satoshi Nakamoto’s revolutionary monetary system – a rejection of the centralized policies of the fiat system in favor of the decentralized processes of a cryptographically secured and mathematically verifiable digital system – and its intrinsic currency.Two months later, at 18:15 UTC on January 3, 2009, Bitcoin’s genesis block was mined at 18:15 UTC with Satoshi’s intent being covertly coded – embedded in the hexadecimal code on the genesis block’s coinbase, the message, after being decoded, reads as follows: “The Times 03/Jan/2009 Chancellor on brink of second bailout for banks.”Sir Michel Barber, head of the Office for Students watchdog accused universities of behaving like overconfident banks before the financial crisis, thinking they were “too big too fail”Chancellor on the brink of bailout for the universities? pic.twitter.com/CCi7oE0eZz— BitMEX Research (@BitMEXResearch) January 2, 2019As the article details, Alistair Darling, the U.K.’s Chancellor of the Exchequer at the time, was debating a second bailout for U.K. banks. This capital infusion would come nearly a year after the government flushed the same banks in an attempt to ballast credit flow and stanch impending economic downturn, something the United States did for its own banks in October of 2008.Deflationary Bitcoin was an answer to some problems of the traditional fiat money system, and as Satoshi himself wrote in an e-mail discussing various aspects of the cryptocurrency, “it’s very attractive to the libertarian viewpoint if we can explain it properly. I’m better with code than with words though.”In a later e-mail, after the blockchain already went live, Satoshi explained:You could say coins are issued by the majority. They are issued in a limited, predetermined amount. […][I]ndeed there is nobody to act as central bank or federal reserve to adjust the money supply as the population of users grows. That would have required a trusted party to determine the value, because I don’t know a way for software to know the real world value of things. If there was some clever way, or if we wanted to trust someone to actively manage the money supply to peg it to something, the rules could have been programmed for that.In this sense, it’s more typical of a precious metal. Instead of the supply changing to keep the value the same, the supply is predetermined and the value changes. As the number of users grows, the value per coin increases. It has the potential for a positive feedback loop; as users increase, the value goes up, which could attract more users to take advantage of the increasing value.Bitcoin’s genesis block received 50 BTC as reward as well as additional 16 BTC over time. The first mining reward is unspendable due to the codebase, which means that even if Satoshi Nakamoto were to emerge, he would not be able to spend these coins.Any copying and distribution of ForkLog’s content, including social media posts and printed publications, is authorized provided the source is acknowledged.ForkLog magazine is an information resource dedicated to Bitcoin, Blockchain, and decentralized technologies. Cryptocurrency events, Bitcoin price analysis, op-ed's, crypto technologies, and all the news about Bitcoin. Working for you since 2014. © 2018

Last updated on February 26th, 2018 at 04:16 pm Evan Duffield, creator of Dash (formerly known as Darkcoin, and XCoin before that) stated that Dash’s X11 proof-of-work algorithm was intended to …

BitcoinBitcoin LawFrom 23 to 26 Would possibly 2019, electorate of the Ecu Union renew their continental parliament. Some of the international locations that may take part within the poles, there may … 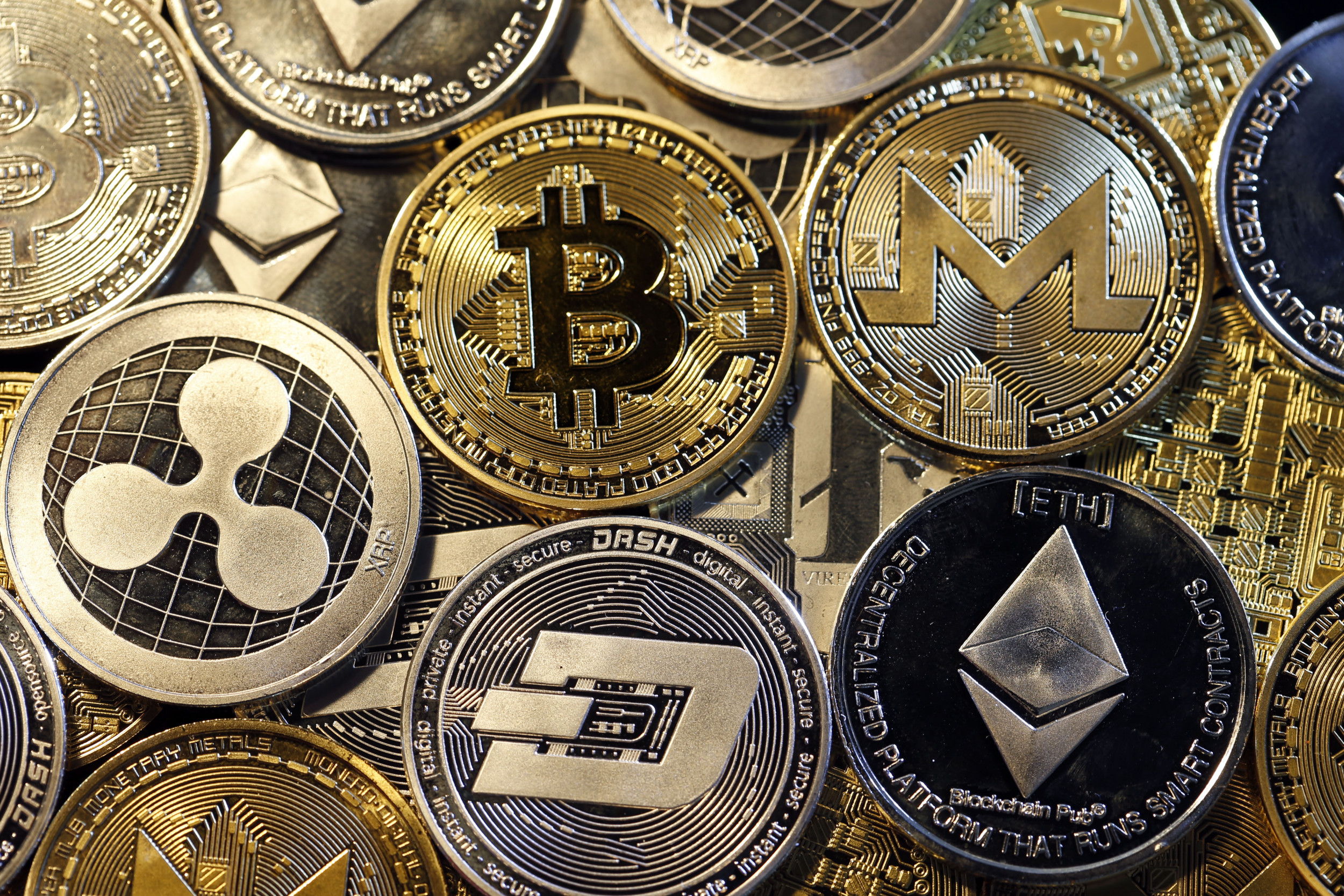